MEteor is an informal science education project funded by the NSF that situates learners inside an interactive simulation of planetary astronomy with the goal of building middle school students’ intuitions about how objects move in space. MEteor is a museum exhibit that has been installed in multiple science museums in the US to test the effectiveness of having children act out their predictions about physics using their whole bodies (i.e., running in the direction and with the speed of an asteroid nearing a large planet). Motion tracking devices combined with floor- and wall-projected imagery make for an immersive mixed reality game environment where children work through different levels with increasingly challenging space concepts.

Research on MEteor has shown that using full-body interactive simulations has distinct advantages over more traditional, desktop computer simulations. Children who use the full-body version of MEteor were shown to learn more about basic physics concepts, were more engaged, and were more interested generally in science. 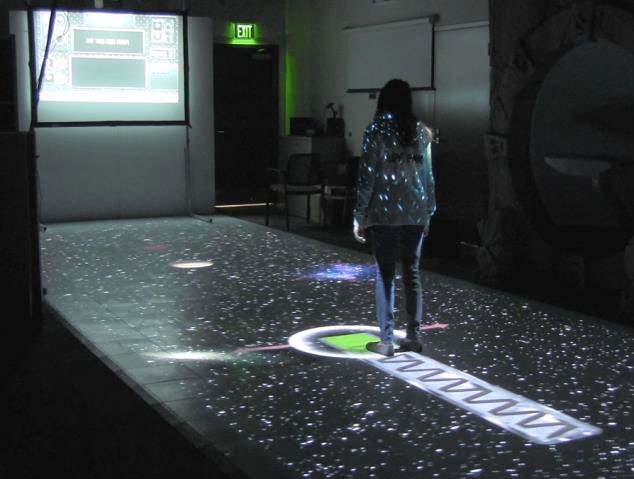